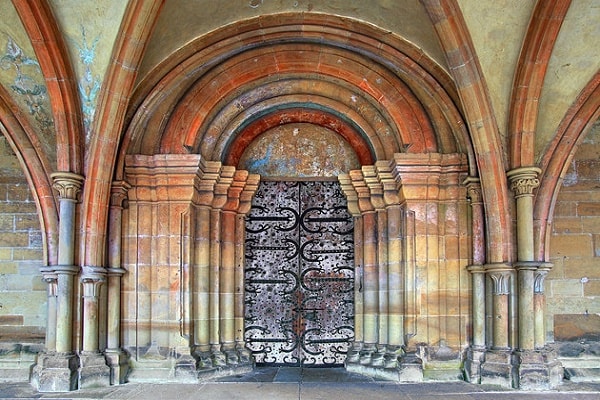 Just 18 kilometers northeast of Pforzheim lies the little town of Maulbronn, charmingly situated in the vine-covered foothills of the Stromberg and home to its famous Cistercian abbey, Kloster Maulbronn. Founded in 1147, it's the most beautiful of all surviving German monasteries (so much so that the monastery has been designated a World Heritage Site). A particular highlight is its large central courtyard surrounded by handsome half-timbered buildings. The most notable of these historic buildings, built in a transitional style between Romanesque and Gothic, is called the "Paradise" and consists of the porch of the church of St. Mary, consecrated in 1178.